Using Flowmaps to Control the Flow

In the last post, I described the 4 main paper interactions with Real Watercolor.

In summary they were:

In this post, I would like to revisit the third behaviour, (Flow Resistance) because this has been greatly enhanced in Painter 12.2 with the new flowmap functionality.

Here is an image showing the same stroke with and without flow resistance: 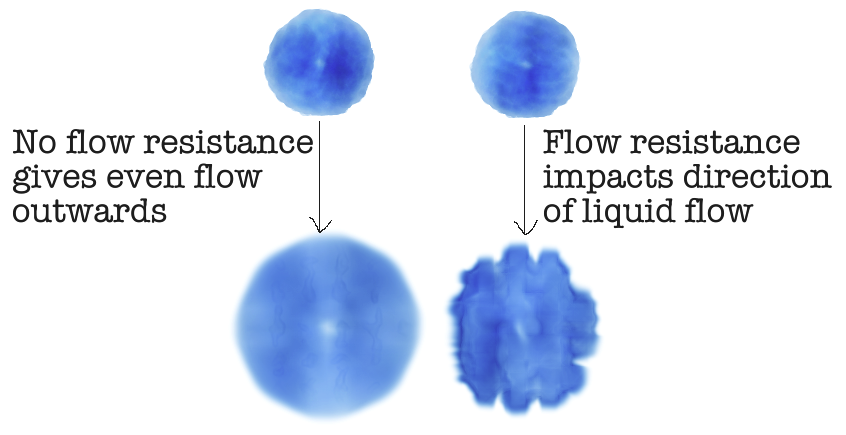 Prior to Painter 12.2, in order to get this kind of effect with Real Watercolor, you had to use a paper texture with large enough structures and variations.

However, in most cases, paper textures have small structures which nicely simulate the texture of a surface, but not so much for flow patterns.

In the example above, I used the Artist Canvas texture, which I scaled up to 400% in order to have larger scale structures. 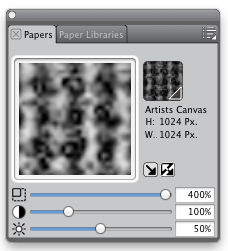 Prior to Painter 12.2, the same paper texture had to be used for the flow resistance as well as for all of the other nice paper effects (such as granulation, grain etc.).

It was therefore not possible to do this with a single paper texture. This is where flowmaps come in.

NEW in Painter 12.2, you can choose a separate texture to be used for the flow resistance from the other paper effects.

This allows to choose one texture (flowmap) to control the flow of the liquid. And you can choose a different texture (paper) for the rest of the brush behaviors. 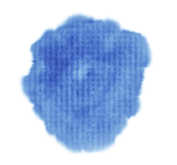 This kind of result was not possible before Painter 12.2, because the same paper texture would have been used for the flow resistance and the pigment drying.

In addition to the new flowmap functionality, Painter 12.2 includes 3 flowmaps and 3 new Real Watecolor brushes which are designed specifically to make use of the flowmaps. 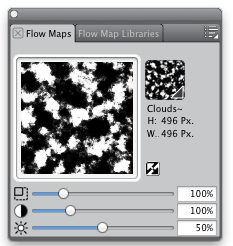 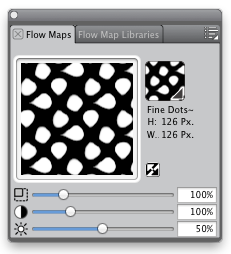 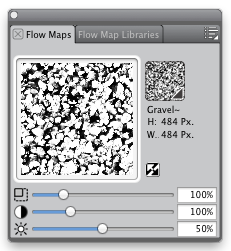 And here are some sample strokes created using the new content:

This is what the flowmap panel looks like, with contrast and other controls: 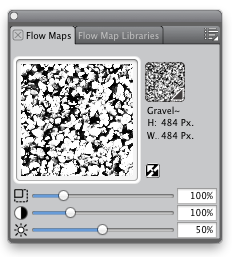 I hope you enjoy the new functionality provided by flowmaps. As always, please send along questions, and I will do my best to answer them.